With both on-air and in-studio experience, I am a well rounded and fiercely creative sound designer and engineer with a passion for the auditory arts both in theatrical spaces and online. Below is my current sound design reel and samples of my creative radio production work.

More can be found at soundcloud.com/kemanente

A 90 minute audio drama retelling of the classic by Charles Dickens. A Christmas Carol released in December 2020 for Prince George’s Shakespeare in the Parks, thanks to the Maryland-National Capital Park and Planning Commission, Prince George’s County Department of Parks and Recreation, Arts and Cultural Heritage Division, with support from the Maryland State Arts Council.

A short series of spooky and wholesome tales for children. The NoNap Podcast released in October 2020 For RavenWolf Productions.

The Tiny Pumpkin |The Town Without Candy | The Cousins 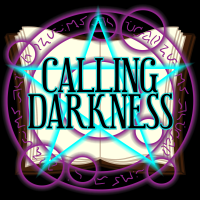 Six women. One book. And a demon from hell. This is Calling Darkness, an audio drama that follows the mishaps of six girls who inadvertently summon a demon, and have to deal with the chilling consequences. Calling Darkness is a horror comedy show from the pens of NoSleep writers, S.H. Cooper and Gemma Amor. It is a part of Audio Drama Queens.

After a disappointing date with a male Star Wars fan, Ally and her fellow Fangirls, Kristy, Rish, Dani and Lexy find out about a secret screening of Episode IX in 3 days time. They decide to embark on a crazy road trip to attempt to see the movie before anyone else… but most importantly together. Fangirls is an 8 Part Audio drama release monthly about Fangirls in the Star Wars Fandom. It’s about Girls, Relationships and about what they all love… Star Wars. From What The Force Productions.

A space-traveling theater troupe exploring the galaxy in search of  new home. Performing plays as they travel, this group of actors has many adventures in store, even more stories to tell, and even some mysteries to reveal. From Thrown Together Productions.

What are two time travelling ghost hunters to do when faced with a little girl terrorizing Disneyland? Well, get in the queue! The first part of There’s a Haunting in the Haunted Mansion, introduces Victorian Mason and Alec, the pirate, to the ‘Happiest Place on Earth.’
.

One life, one encounter.

The 1920’s are drawing to a close; war is on the horizon. And just because people don’t lose things in Shinjuku station doesn’t mean that no one gets left behind.

Now that it’s spring, the plants creep back across the barbed wire. And deep inside the forest, something ancient is stirring…

.
What would you do if you had 24 hours to live? 24 is a ten minute piece featuring a montage of what nine young people would do if they were to die tomorrow. Features infrequent language and a lot of soundscape.
.

One minute biography soundscape of my move from Japan to England.

I offer custom voice and demo reels for all audio professionals. You can check out more examples and fees here.

I have been producing and co-presenting a Sherlock Holmes based podcast since 2011 called The Baker Street Babes, which was nominated for a Shorty Award in 2014 for Best Podcast. It’s been featured in the New York Times, The Today Show, USA Today, MTV Geek and more. I was also the co-host for the award winning talk
radio program Hipster Moose.